Few people outside the country know much about Luxembourg. Is it a département of France? A German Land?  Where is it anyway? But when they know something about it, what most people will insist to tell (and God knows I’ve bragged about that too) is that people here are at least, yes at least, trilingual.

Take that article from the Telegraph (July 2014) on “5 things you didn’t know about Luxembourg“. According to the Telegraph, most Luxembourgers speak four languages: their maternal Luxembourgish, German and French, while most speak English quite well. There are even two Wikipedia pages dedicated to multilingualism in Luxembourg and the languages of Luxembourg: French is used in cafés and restaurants, Luxembourgish can be heard on TV and the radio, written French and spoken Luxembourgish are used in the civil service, and so on. Obviously, these pages also mention that all three languages are taught in (public) schools : Luxembourgish in kindergarten, German in primary school and French in secondary school.

Now don’t get me wrong. Excepted for schools, such a multilingual environment is simply marvelous! It is undoubtedly enriching to be exposed to so many different languages and cultures. And it is also excellent for memory and the mind (to be sure, according to the Telegraph article above, it has been proven that seniors in Luxembourg have a lower risk of impaired memory than in other countries). I am myself fluent in three languages and I can only embrace multilingualism as we find it in this wonderful small country.

However, for most kids raised in Luxembourg today this “ultra-multilingualism” is no wonder at all. It’s a nightmare.

Let’s take the example of German, that has to be learned by kids arriving in primary school after they have learned Luxembourgish already. “Most kids” are concerned here indeed since, as mentioned in a previous post, above 60% of young children don’t speak Luxembourgish at home nowadays, while barely 3% of households use German as primary language. Naturally, at this point you may think, ho ho, children are like sponges. It’s no problem if the household language differs from the one used in school. Millions of immigrant children have gone through that already.

The huge difference in Luxembourg is that there is no German to sponge up once kids are out of their house! German is not ubiquitous like it would be if you’d live in Germany or Switzerland (say). Kids growing up in Luxembourg can simply not be gently immersed into the German language.

A tiny minority of your child’s school mates speak German fluently while only a third of them have Luxembourgish (which does help toward a good assimilation of German) as their mother tongue. In some areas of Luxembourg city, Luxembourg-speaking kids represent even a smaller portion of the classroom. So it is very likely that, apart from one bloke or two, most of your child’s friends won’t be better at German than your child is (look at this cute little Cape Verdean boy, or this Korean girl, or the Polish twins!).

The teachers, maybe? They’re not even native German speakers and they provide most explanations in maths or sciences e.g. …. in Luxembourgish. In fact, German parents systematically lament that “German” as taught in Luxembourg schools by Luxembourgish teachers is not proper German. (more about Luxembourg teachers in a future post)

Outside school then? As we have seen above, in an ultra-multilingual country like Luxembourg, it is going to be hard for your child to hear or speak constant German while on extra-curricular activities. Diligent parents may make sure that TV or radio is switched on German channels only, or that books and presents are labeled in German only (Summer vacations in Südtirol anyone?). But it simply won’t be enough, at least for a child with no Luxembourgish or German background.

So instead of learning German smoothly as it would otherwise be done should you live in Germany or Austria, your child ends up learning German the hard way : lists of vocabulary (and don’t mix up der, die and das!), tables of irregular verbs and past tenses, etc. for hours and hours a week. And unless your kid is very academic and good at languages, he will most likely get bored. Surely, his assertiveness or analytical mind will not be much stimulated either.

Perhaps worst of all is that a majority of children with no initial German or Luxembourgish background ends up being tracked off from general education at age 12 because of their unsatisfactory grades in German. While, in the most ironical way, most children with a German or Luxembourgish background (a minority now in some towns, but still a majority elsewhere in the country) literally fear the French language they are going to have to learn the hard way themselves before starting secondary education as we shall see in a future post.

Tout ça pour ça says French wisdom. Multilingualism is great. But trilingualism as it is shoved down into kids’ throats in Luxembourg schools can really become a child’s (and, indeed, parents’) worst nightmare.

Anyone working and living in Luxembourg for a tiny bit understands fairly quickly there’s a damn big problem with its education system. Grade repetition is rocket high, upper secondary graduation levels are low for a developed country, while standardized tests … END_OF_DOCUMENT_TOKEN_TO_BE_REPLACED

This blog is currently under construction – coming up soon !

This blog is currently under construction – coming up soon !

This blog is cu… 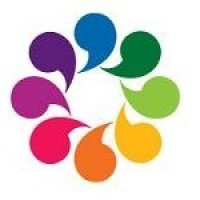 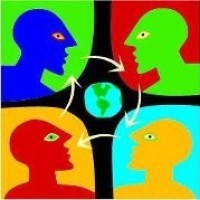 Advocate multilingualism for more prosperous, creative and stable societies across Europe and beyond.